In 2020, The city of Davis and UC Davis initiated Healthy Davis Together a comprehensive response to the Covid-19 pandemic. This project included an executive committee at UC Davis that ran and supported the free PCR testing and communications strategy for the city of Davis. I co-lead the modeling team with Miriam Nuño which was tasked with the data analysis and epidemic modeling for HDT. We decided that the best way to serve the team was to produce detailed reports at the weekly cadence during the height of the pandemic. This was a “wartime” approach that allowed us the flexibility of writing reports (as opposed to dashboards). In all we wrote 11 such reports. The following is an example of the demographic based analysis that we were able to do using the HDT testing data and other variables, such as the count of repeat testing. Ultimately, this analysis (and prior ones) impacted our Spanish language outreach for HDT.

Davis resident positivity rate for Latino/Hispanics (blue) and all (red) 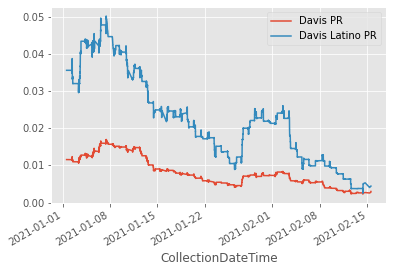 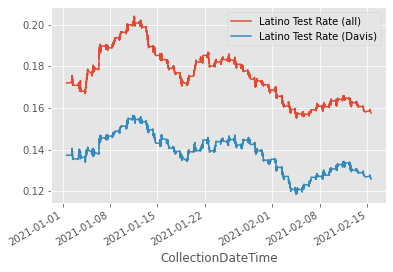 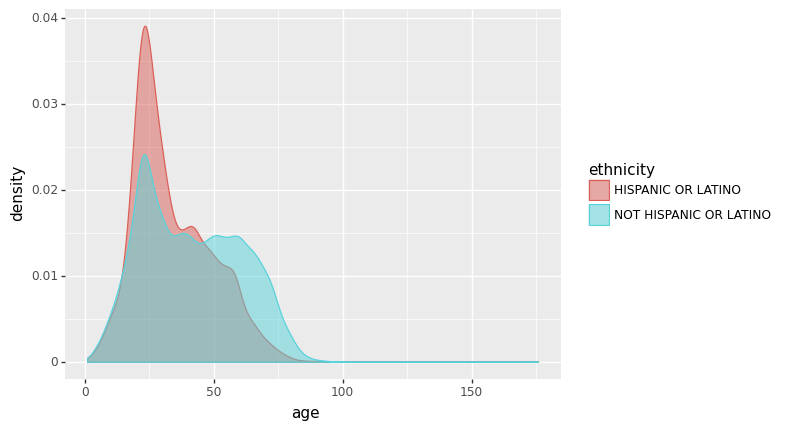 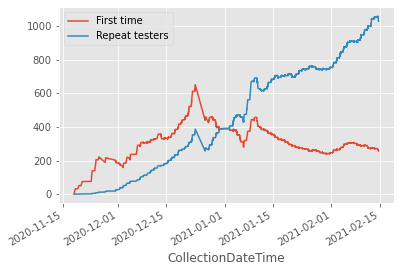 Histogram of the number of tests taken by a user 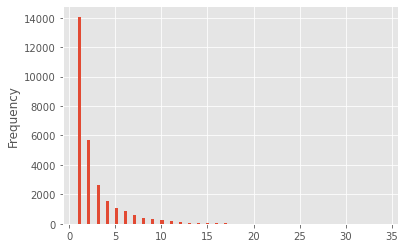 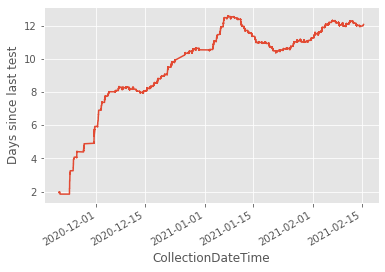 In other modeling news